Here are some pictures of the modifications to the BBM heads and the rocker system we used.

The rockers are stock T&D for Blue Thunder (A.T.Francis) Hi-risers. They required that we machine a .500″ thick spacer to correct the geometry for medium risers. If T&D would make this set up in a medium riser for you, then I would suggest offering the heads tapped for them…. This system is bulletproof. This is going in a 3650 lb car, I’ll let you know how that goes….that’s where the real proof will be.

Attached are some files, The engine was built with a Genesis block that I had for a bit, I wish I didn’t allready have it because I like the main saddle setup in yours much better.  Anyway Danbury Competition in Danbury, CT. Supplied the reciprocating assy and performed the machine work, balancing and head modification as well as supplying many of the internals to complete the build.  I sourced the cam from Lunati to my specifications and performed the final assembly here at my shop in CT.  For the dyno I used Mason’s Racing Engines in North Scituate, RI he has a Super Flow 902 dyno with the revisions. It was an uneventful day, which was good. All-in-

all, we tried a 1″ Super Sucker (which we kept), a 2″ Super Sucker (no changes), a 1″ open with a 1″ 4-hole on top (lost power), and tried several different timing changes.
We were able to pull it down a little under 2500, which in my mind was sufficient. Water temp was kept at 180, so I feel confident that we dyno’d in “real world” conditions.
I had used a Melling standard volume pump and with the main/rod bearing clearances hovering right at .002″, oil pressure went up steadily to 65-67 psi at the top of the pull, with a total of 6 quarts in the system.
Final timing was at 31° total. What’s interesting is that no matter what we tried (spacers, timing, etc.) it was just really consistent at the same horsepower/torque. We think that the cam was just doing all it could do to fill the cylinders.
Very pleased with the results. Honestly, it was more than I expected…

Standard 482″ FE with BBM cast iron block and near stock BBM heads. These heads received very minor hand blending immediately under the valve seat, no porting work at all and no blending past the immediate valve seat area. 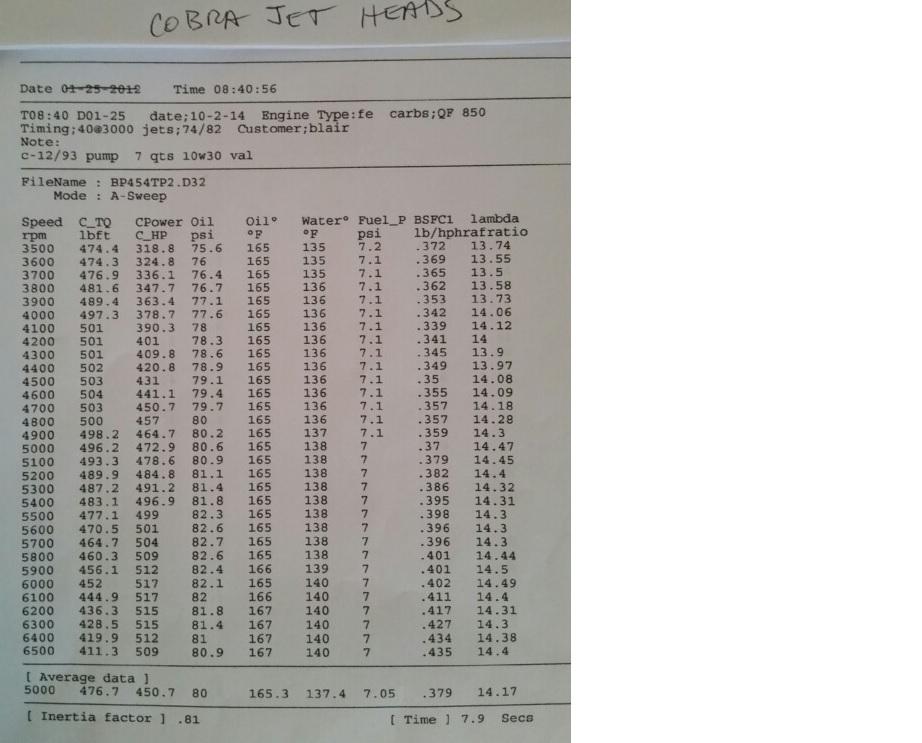 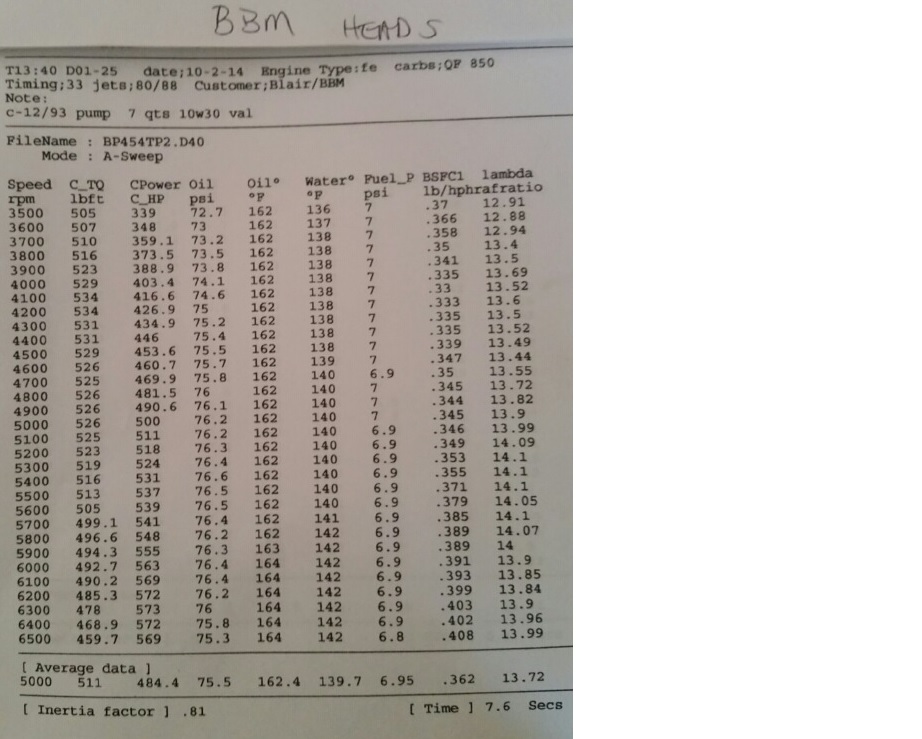 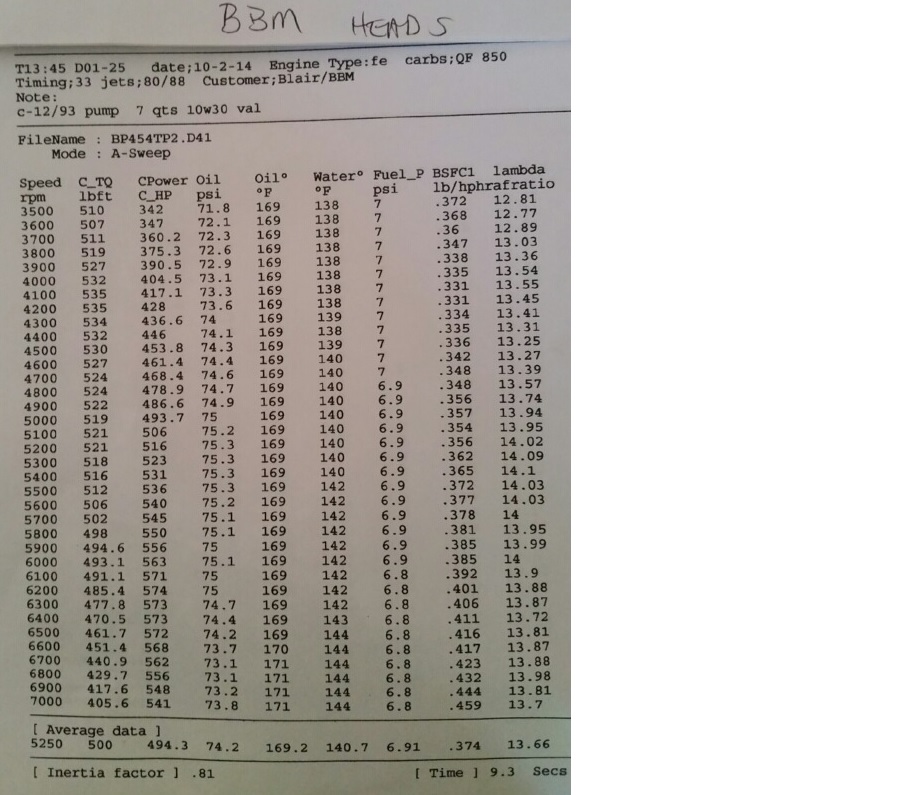